The architectural legacy of Queen Elizabeth II – City AM

Which buildings will define the reign of the current monarch?

Looking over Westminster from Albert Embankment, a Victorian transported to the 21st century might be confused by the city before them. A host of tall, shiny towers clutter the South Bank; a great revolving wheel looks like a fairground attraction; and in the distance, a peculiar shard of metal emerges out of the mist. These buildings make up the city of London. And each, in their own way, represents the legacy of Queen Elizabeth II. The Georgians had their grand proportions, and the Victorians their industry. But what will we think of as the Elizabeth II style in 200 years – and indeed, what will we call it?

"....her legacy takes several different forms." One of these, says classical architect Robbie Kerr of ADAM Architecture, is globalisation and its relationship with how we build. “Speed of communication has transformed the way we can see the world. You don’t need to go on your grand tour to see what’s going on. Within a few clicks on Instagram you can get a good idea,” he says. “The architecture that’s been developed during the Queen’s reign is of a globalised world – it’s not, per se, a local legacy.” 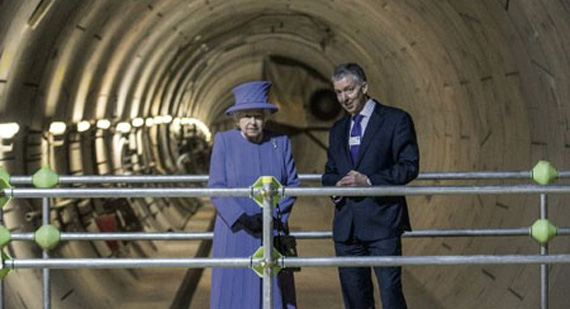