ADAM Architecture director Hugh Petter is working with Surrey County Cricket Club and the landowner, the Duchy of Cornwall, to development the long-term plans that would make the Kia Oval the largest cricket stadium in the UK with a capacity of 40,000.

The centrepiece is a replacement for the Bedser Stand with an addition of up to 8,000 seats and commercial buildings facing the street, designed to sit comfortably either side of the grand pavilion. The existing OCS Stand would also be enlarged.

Hugh Petter, design director and author of the strategic masterplan for this project said, “The vision is to create a modern-day coliseum, providing extra seating, whilst building out to the edge of the street to bring new life and vitality to the surrounding area.” The club aims to complete the project in time for the Ashes in 2023.

Richard Gould, Surrey CCC Chief Executive, explained that the Club is ideally placed to undertake this ambitious scheme. “Our business has taken off over the last five years and our reserves have quadrupled in size along with significantly higher profits. The Kia Oval is a very friendly place to visit and with our central London location we enjoy the best transport infrastructure of any stadium in the country. We have a very large and loyal following of over 350,000 active cricket supporters spread across the south of England, and are also starting to see the benefits of the Battersea Nine Elms expansion which is delivering another 21,000 homes to our immediate neighbourhood and adding to the population of London, which already stands at 8.6m people.”

Richard Thompson Surrey CCC Chairman said: “We have already received a positive response from early discussions with the English Cricket Board and our landlord, the Duchy of Cornwall. We will now work up more detailed proposals and financial models to share with our wider group of stakeholders.” 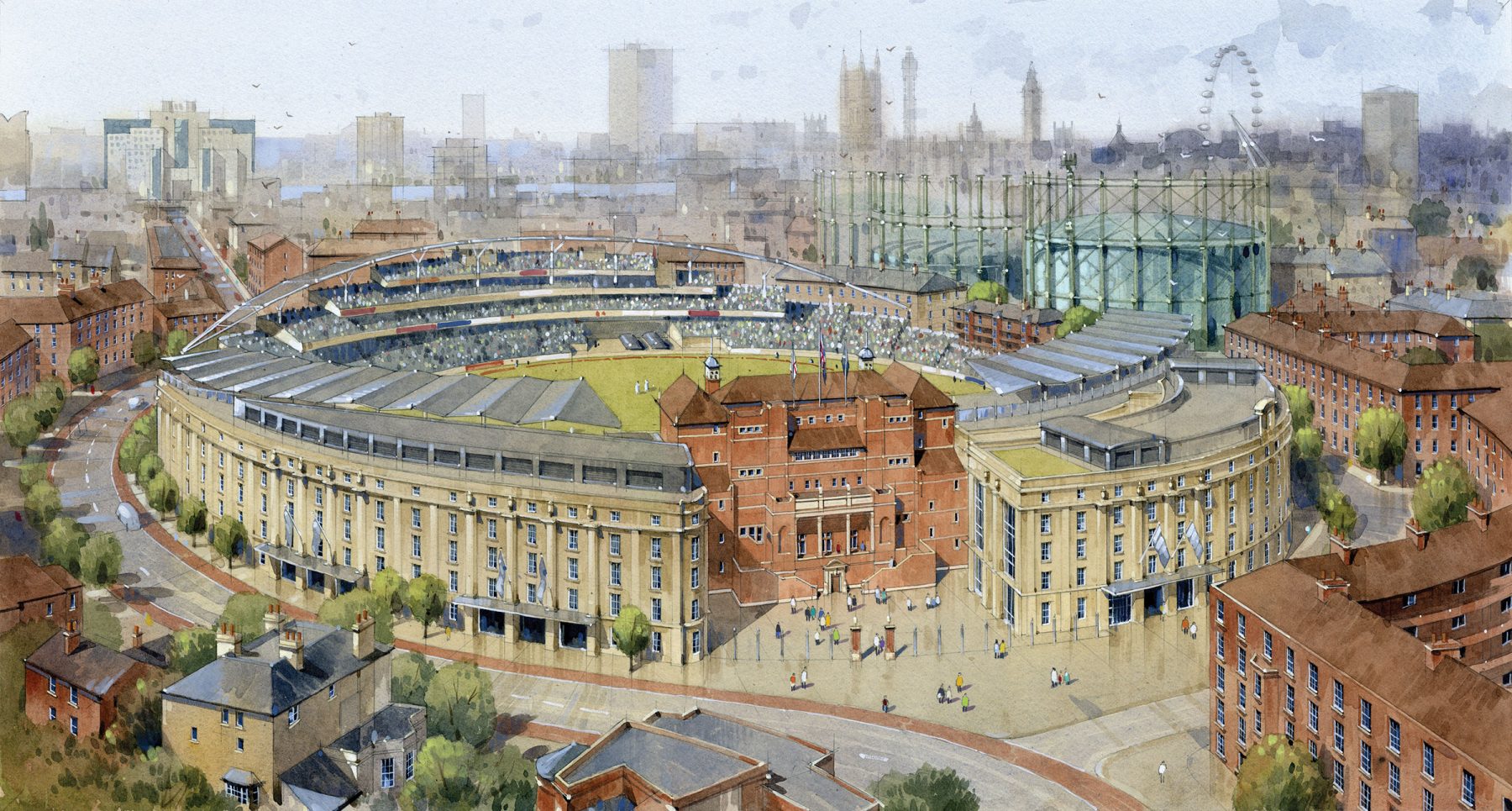 Speaking ahead of The Oval staging the ICC Champions Trophy final on 18th June, Richard Thompson also stated: “The time is now right for cricket to think on a bigger scale. This summer we have seen unprecedented levels of demand for cricket at the Kia Oval, whether it be for the ongoing ICC Champions Trophy, the 100th Test which takes place in July, or to watch Surrey CCC in the T20 Blast. We need to build on this success and have a ground that can satisfy the unprecedented demand we have created.”

ADAM Architecture director Hugh Petter has already completed work at The Oval with the addition of a pavilion portico in 2013 at the main entrance and improved public realm. The portico transformed the entrance and forecourt with a four-storey brick and stone portico, with double staircase leading to a first-floor terrace for Club members.