When it was advertised in Country Life in February 1946, the original Georgian incarnation of Beauworth Manor has been obscured by a succession of later additions. Arabella Youens find that, when restoring a house, less can definitely be more.

When Nigel Anderson of ADAM Architecture was asked to come and look at the house in the late 1990s, he remembers it was in a 'desperately sad state.' Some of the more recent additions had been removed, but 'it was obvious that, when elements had been demolished, what was left was very functional and utilitarian.'

Read a pdf of the full article 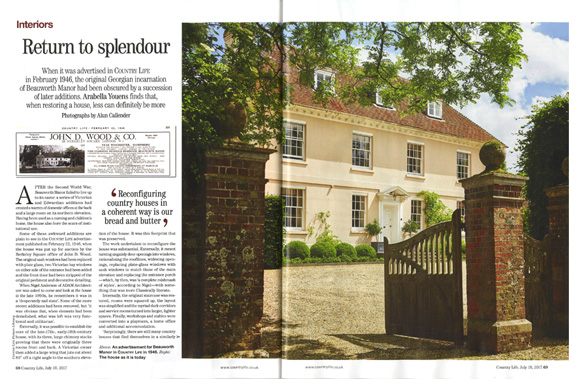