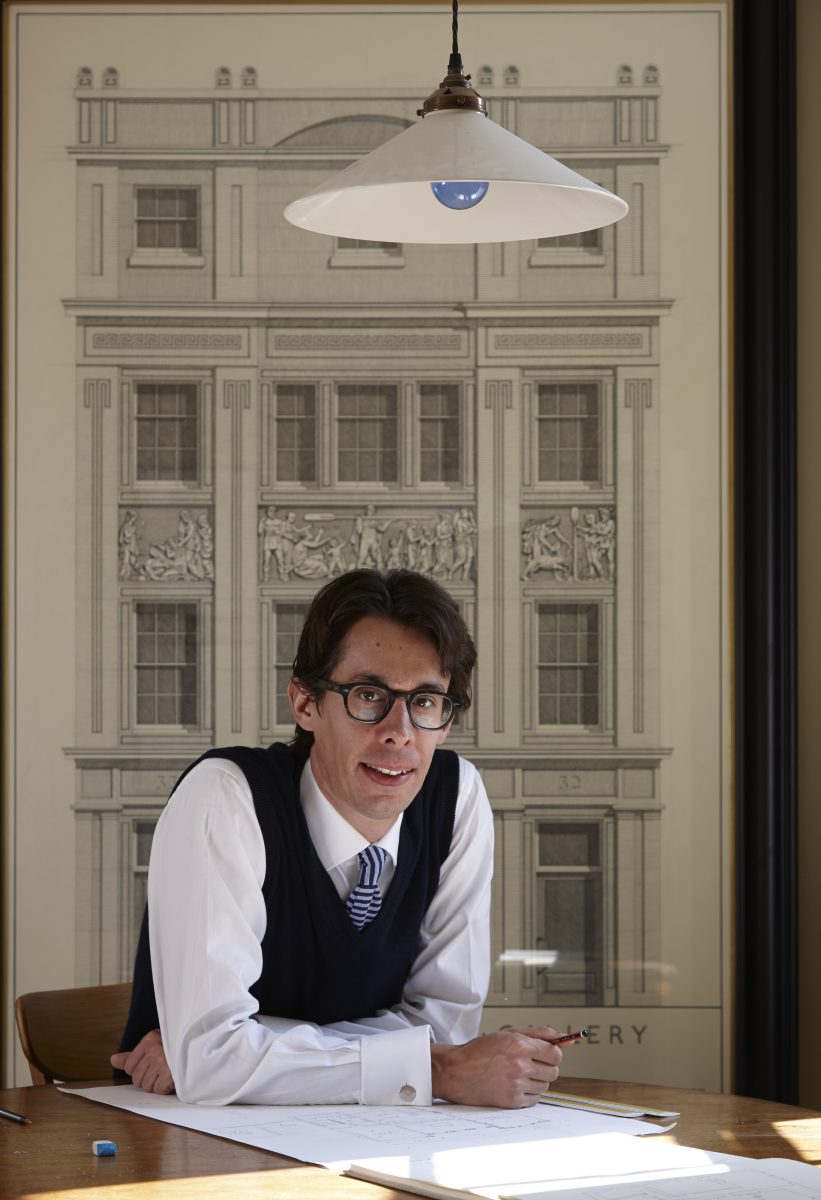 In the April 2018 edition, George Saumarez Smith paints a picture of his life, work and inspirations.

I collect LINOCUTS by twentieth-century artist and illustrator Sheila Robinson. She was part of the Great Bardfield set, a group of artists who lived in the Essex village, including Eric Ravilious and Edward Bawden. She did small print runs of her designs and her subjects included architecture, cats and flowers. The Fry Art Gallery has an amazing collection of her work. Pictured here is Pink Flowers.

I tend to feel that I haven't made the most ef my day if I haven't done a drawing. I find it very relaxing to draw and doodle. In my office at ADAM Architecture, I get through two or three yellow and black Staedtler pencils a week.

The last thing I bought for my home was Morris & Co's jazzy black and gold 'Indian' WALLPAPER. I'd had a grey dining room for 10 years and thought it was time for a change.

My father was a BOOKSELLER and I have been surrounded by piles of books for all of my life. I collect old Pevsner paperback county guides: they are crammed with facts and I love their brown covers and typography. It is hard to imagine life without them.

I have been to Istanbul three times and hugely admire the work of the sixteenth-century Ottoman architect Mimar Sinan, who built huge urban complexes. I first visited Istanbul in 2010 for a competition organised by The Architects' Journal, which saw me design a set of tiles (one of which is pictured top) inspired by those in Sinan's mosques. I wish someone would produce them.

The Long Library at HOLKHAJI HALL in Norfolk is as good as it gets for me. It is warm, comforting and beautifully proportioned, with squashy sofas and walls lined with bookcases. There is nothing jarring about it.

An exhibition in 2010 of drawings that I put on with Ben Pentreath and Francis Terry at RIBA, THE THREE CLASSICISTS, was a defining moment for me. After the recession in the Nineties,
lots of architects dropped classicism in a sort of postmodern way. This show gave me a sense that collaboration may be a way forward 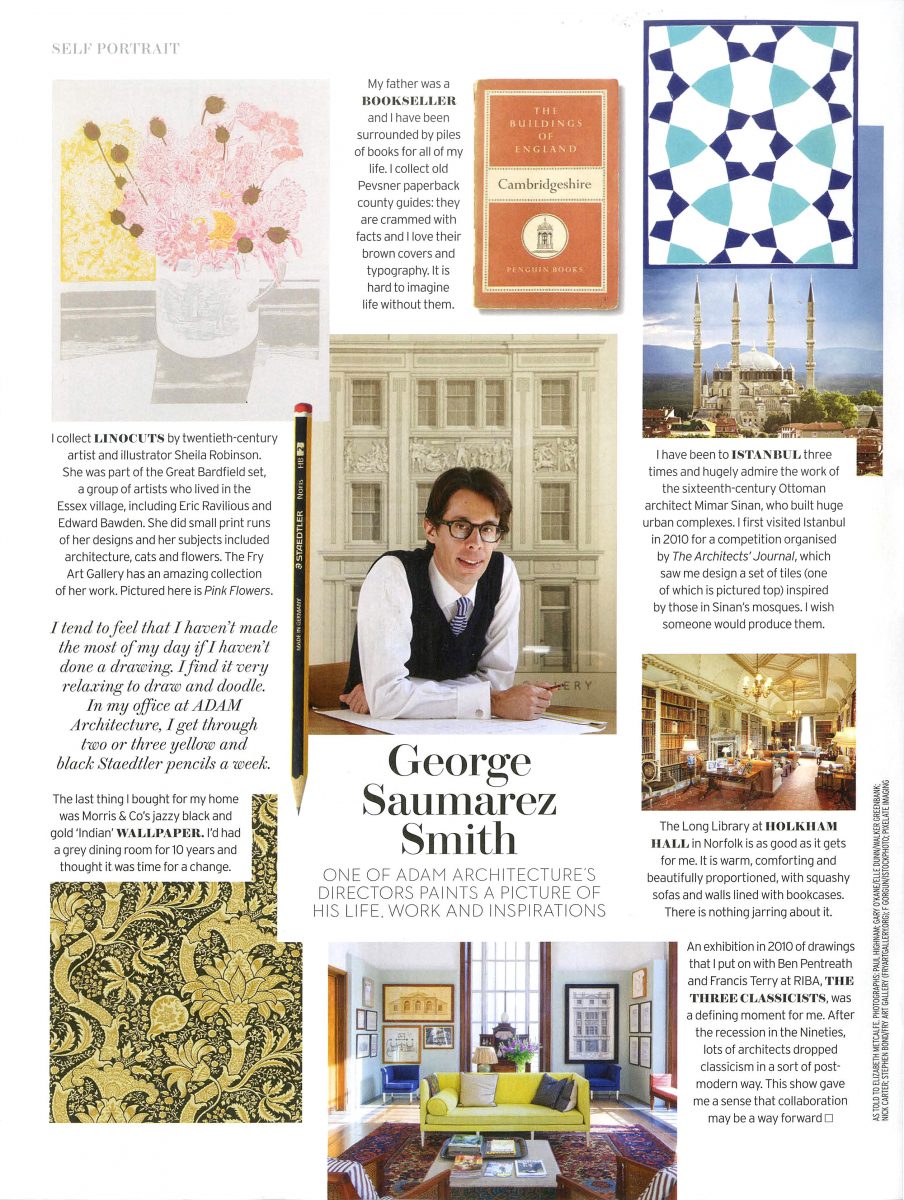