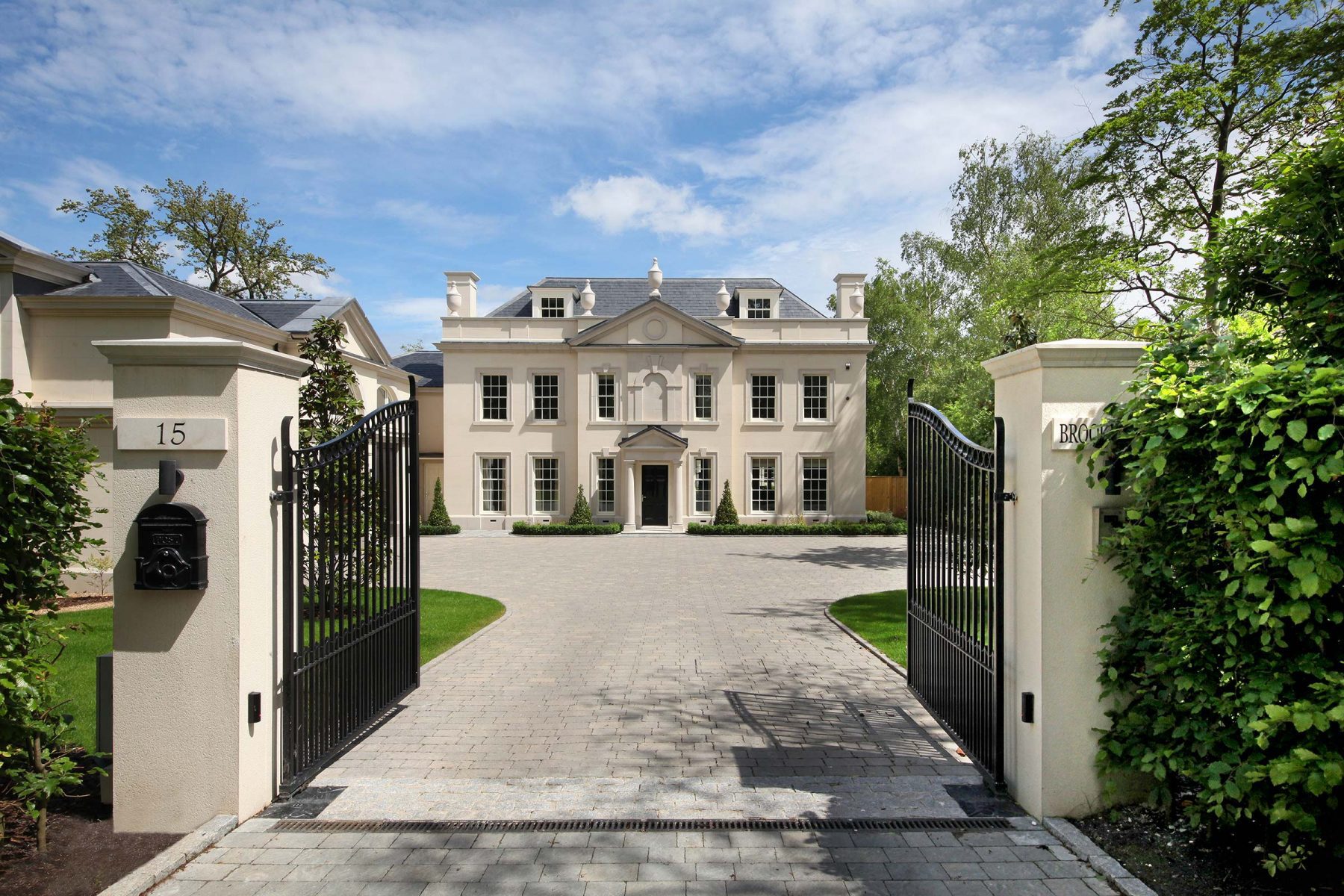 A classic instance of house-types that fulfil these criteria are those of the 18th Century Georgian houses - an ideal inspired by Palladio in the 17th Century and derived from the geometry known in ancient Greece and Rome. Palladio's ideas were brought to England by lnigo Jones and demonstrated by him in his design of The Queen's House at Greenwich in 1652.

Georgian houses were design-led and effectively the first industrialized housing, using classical principles of proportion for plans and elevation, standard doors, windows, staircases and paneling. It was infinitely -variable, affordable and used to design simple cottages or mansions. These houses were laid out to high densities. In formal terraces, squares, often with mews at the rear to accommodate carriages.

For their time they were even good in energy conservation, because terraced houses heat and insulate each other laterally and roofs are easy to insulate. They were mostly speculatively built. And the 18th Century didn't even know about the biggest problem confronting us to today-global warming. The challenges confronting today's homebuilders and developers are, well documented. As well as constructing more homes in greater density with enhanced performance in terms of energy efficiency and reduced emissions they must also 'ensure quality standards aren't compromised. Which is why the findings of the latest National New Home Construction Survey make encouraging reading.

The survey, which covers the 12 months from October 2016 to September 2017, showed that 85% of respondents were happy with the quality of their home - a climb of 1% on the previous year. These findings further endorse the value of good design - If the design is right the product succeeds. 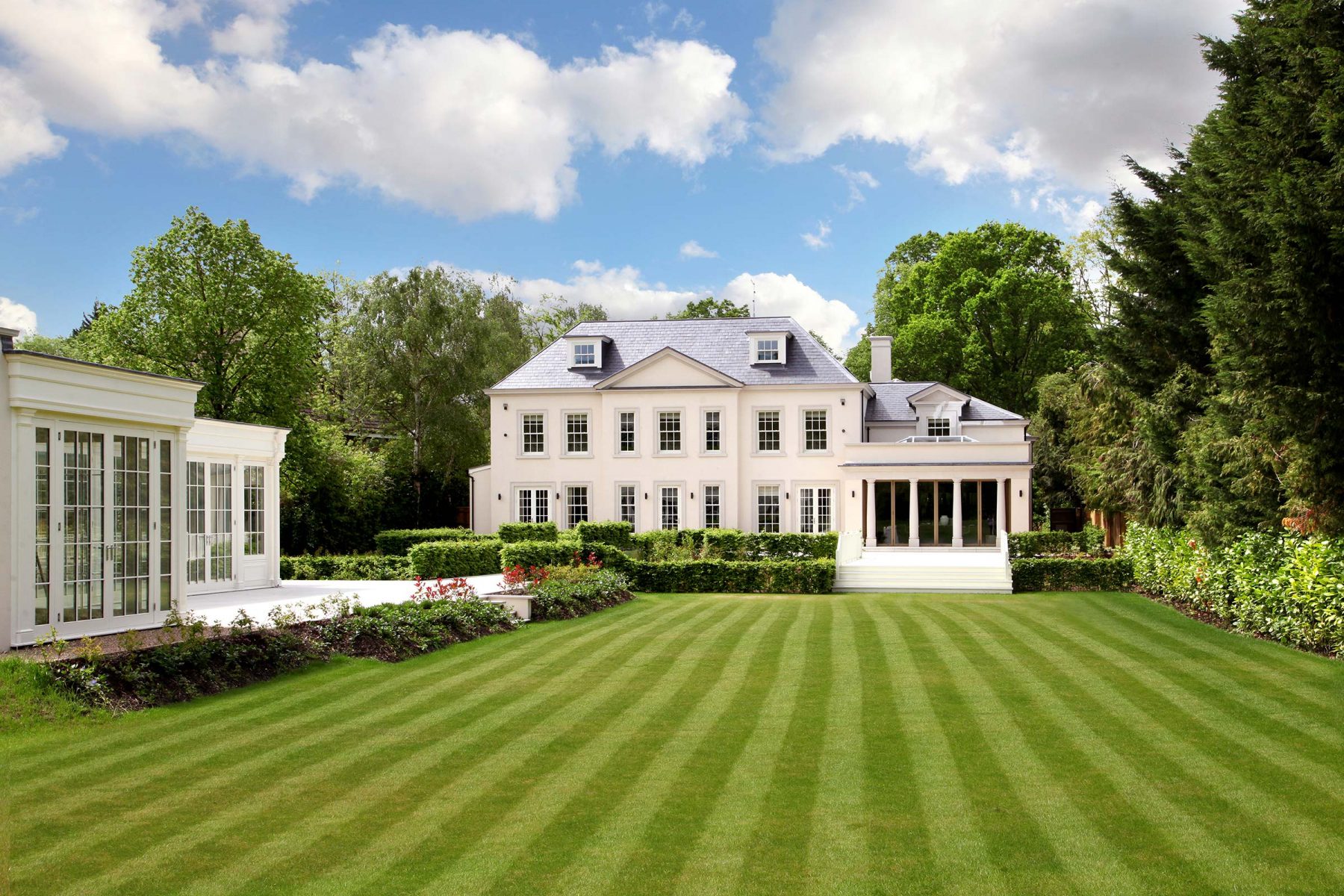 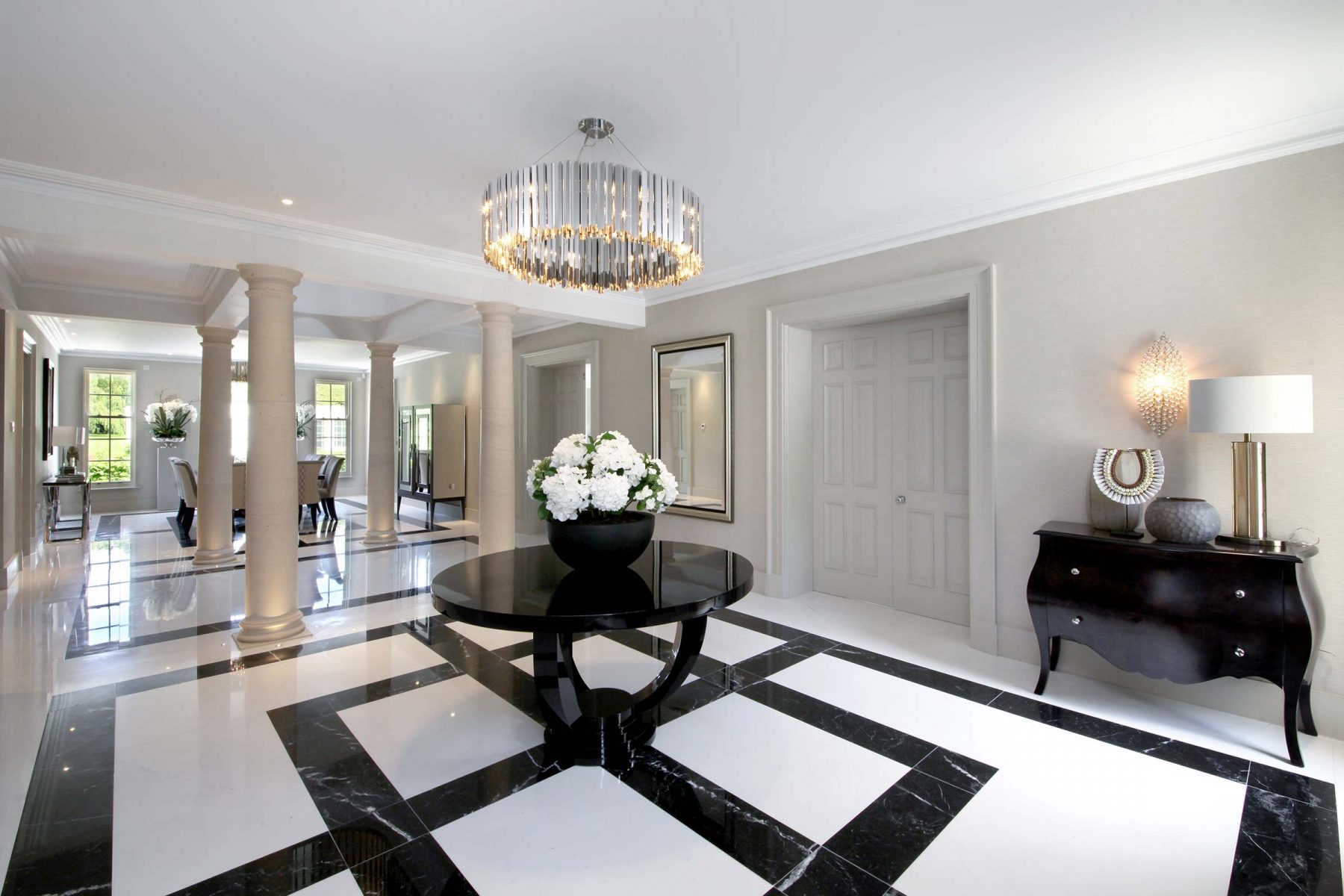 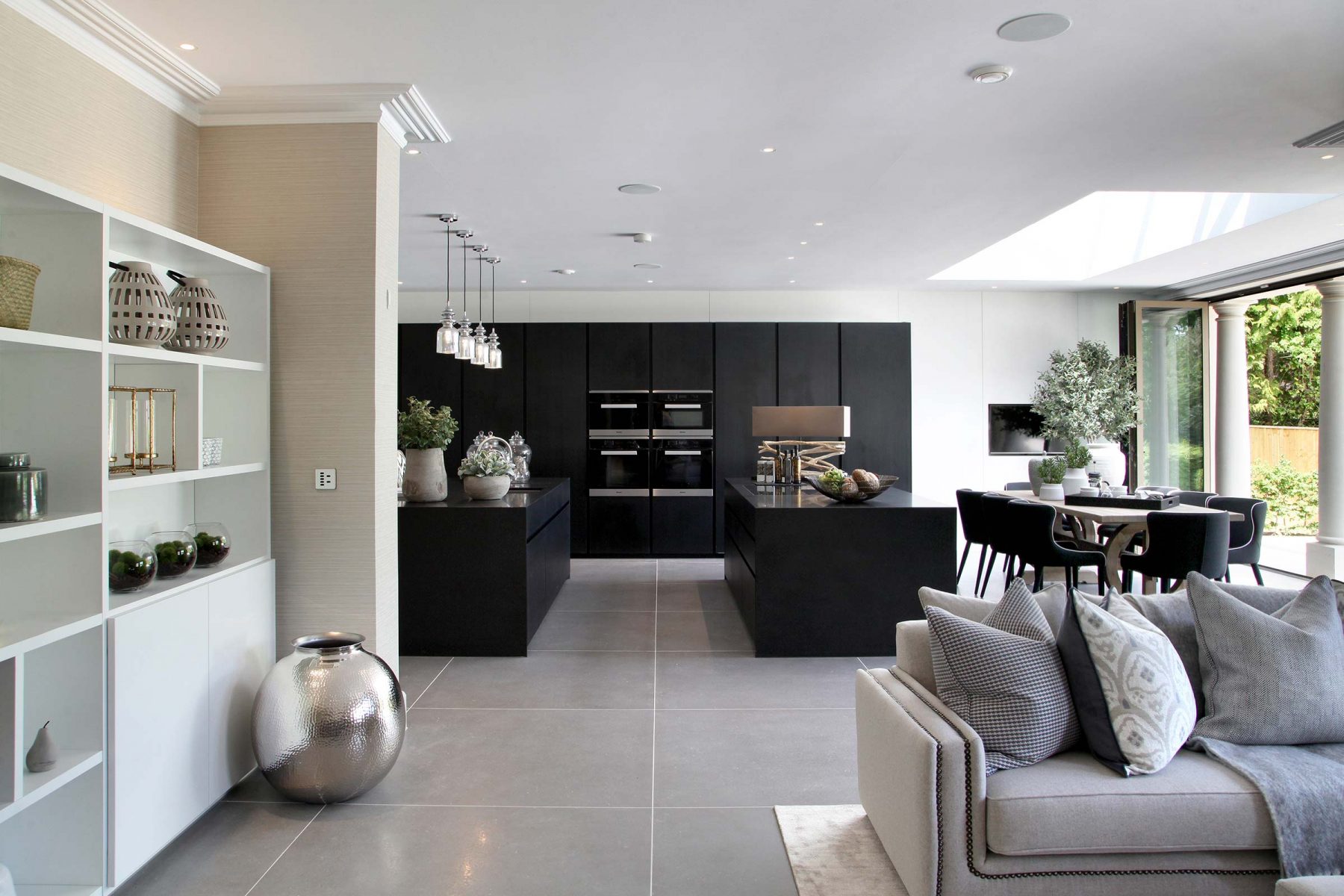 Created by the multi-award winning architect Hugh Petter from ADAM Architecture - one of the few remaining architects in Britain who has been formally trained in classical design - Brookwood within Oxshott 's Crown Estate has been designed in the early Georgian style and the size, proportions, and composition of the windows are reflective of this period. Whilst maintaining an articulate classical style it has been carefully designed so as not to overload it with unnecessary elaborate decorative detail but to still maintain stature, given its prominent position within the Crown Estate.

The brief from luxury property developer Fairmile Homes to the architects was to create "a future listed building" - one that is truly unique, as opposed to having a "signature look" which means the same house as numerous others in the area. The replacement house has been designed as a deep plan rectangular building, which creates an efficient building in terms of the amount of external wall area to volume. It is detailed with a series of architectural elements to assist in articulating the design of the building. The roof has a flat central section and this traditional design allows the stairs to be top-lit with natural daylight from a roof light without impacting on the external appearance of the house, and the remaining flat area has lent itself to the integration of solar panels which are similarly hidden from view. A projecting central bay with a pediment roof defines the entrance and garden elevations. A stone eaves level cornice wraps around the frontage of the building where it then terminates against chimneys to the side elevations and links into the front central pediment. A central stone portico defines the principal entrance.

The overall composition of the elevations results in a series of well-balanced bays each having good rhythm and harmony, which is repeated in the principal garage elevation. The external walls are finished in a self-coloured lime render, using the correct sand blend to compliment the tonal quality of the stone elements, which is Portland in colour. Lines, to emulate fine stonework, are incised ruled into the final coat of lime render. The roof is clad in natural slate with lead core rolls to the hips and ridges. Stone mouldings provide restrained classical details to the portico, plinth, pediment and entablatures, window cills, architraves and chimney caps. Windows are double glazed painted hardwood box sashes. The main staircase is generously proportioned and set off to the side in the manner of Palladio with a big window on the side elevation. This allows visitors to get a view right through the house from the front door. The kitchen is a very large open plan room and looks out onto the garden with a fireplace that backs onto the drawing room. In turn, this leads on to the family room-this has plate glass sliding windows set behind a stone colonnade in the manner of a classical loggia. 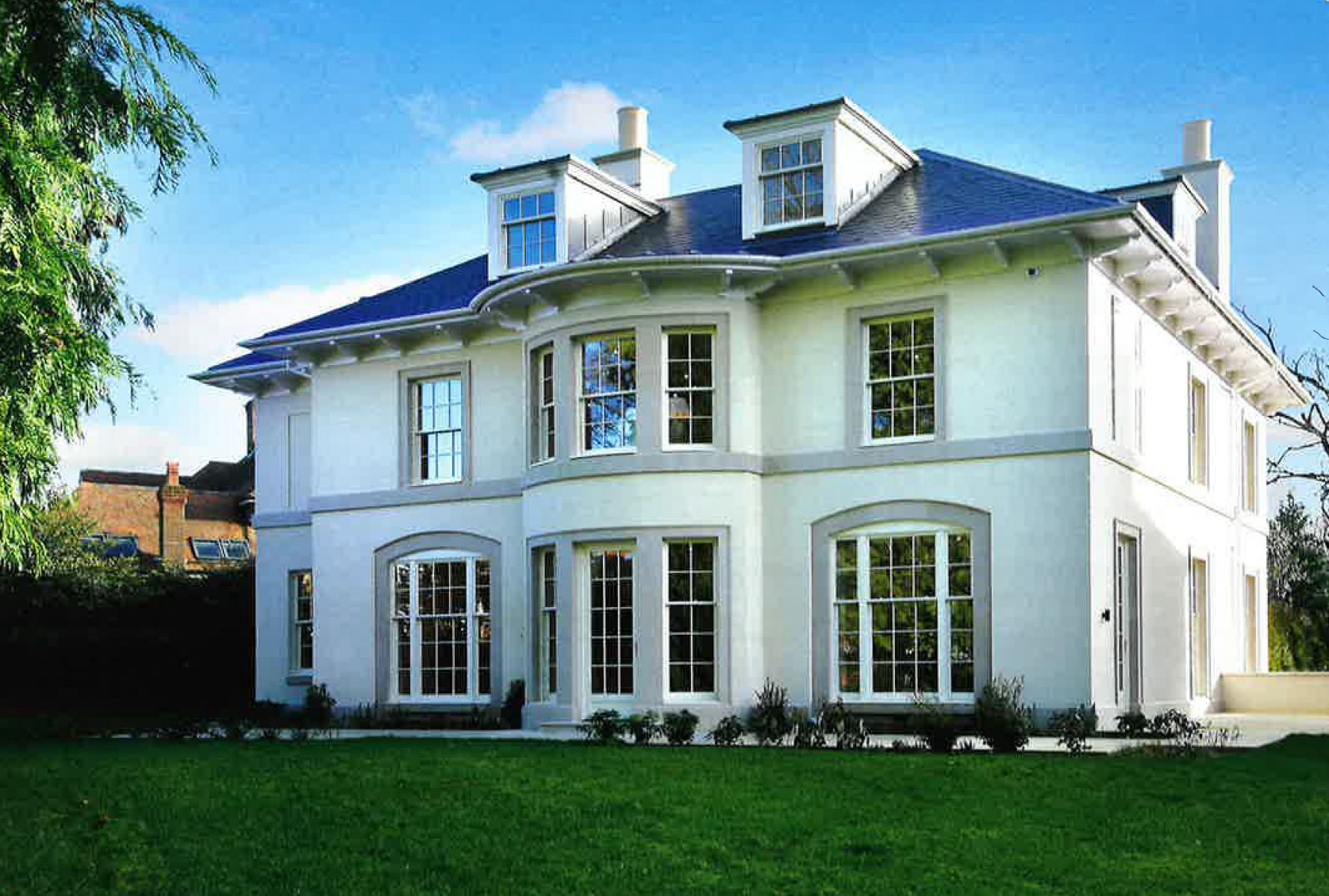 Regency House is one of the most desirable homes to ever come to the market in Cobham. Set on the ultra-exclusive Eaton Park, on a South West facing plot, Regency House has been designed by the one of the greatest living Classical Architects in the world, Hugh Petter, ADAM Architecture. Designed in the late Georgian style with classical Regency detailing the proportions and composition are reflective of this period. Regency House is finished in a stunning self-coloured lime render with ruled lines to emulate fine stone work into the final coat. Boasting some 8600 square foot (GEA) it is the style, flow, fit and finish that ensures Regency House stands out from the crowd.

Article written by Mike Gazzard and includes a house designed by Hugh Petter in Oxshott for Fairmile Homes.