When architects have to do homework – Country Life

We've all seen the dream houses created by leading architects, but how do they adapt existing buildings for their own use?

IVY COTTAGE, in the Hampshire village of Owslebury, south of Winchester, was built in 1732. It was originally the village forge-a long, thin building of orangey-red brick, with a tiled roof, hipped and half-hipped at the ends. At some point in the 20th century, a conservatory had been added to the north side.

When Hugh Petter, of ADAM Architecture, and his wife, Chloe, bought it, their toddler children, Charlotte and Harry, could sleep in the attic. By 2014, they could no longer stand up in their bedrooms and Hugh realised that something had to be done. This was also an opportunity to remove the conservatory-too hot in summer, too cold in winter - and replace it with a big kitchen. This extension shelters beneath a twin gabled roof, with walls that are hung with tiles. Although the new work is only a few years old, it already looks as if it has always. been there. 'That is the effect I like to achieve in my architecture,' explains Hugh. 'I am always pleased when somebody stands in front of one of my buildings and asks what I've done.'

Both Hugh and Chloe enjoyed Georgian country furniture and among Hugh's forebears are two painters: James Leakey, who exhibited at the Royal Academy in the 1820s, 1830s, and 1840s, and the wood engraver Josiah Wood Whymper, who was a friend of Ruskin. Many of their works hang on the walls.

These traditional tastes had to be married with a family kitchen, which was not a room type that existed before the late 20th century. The marriage was made through exemplary craftsmanship, provided by the builder R. W. Armstrong and the cabinetmaker John Kirby of Dovetail. 'Everyone wants a big family kitchen,' comments Hugh, 'and it's much easier to build one on a new site
than to fit it into an existing building.'

Above the kitchen are two new bedrooms and bathrooms; the old attic bedrooms are now only used when the house is otherwise full. Outside, a brick-and-flint retaining wall, which stopped the view from the end of the garden, has been removed. 'It now looks as if Ivy Cottage owns half of the Itchen valley.' 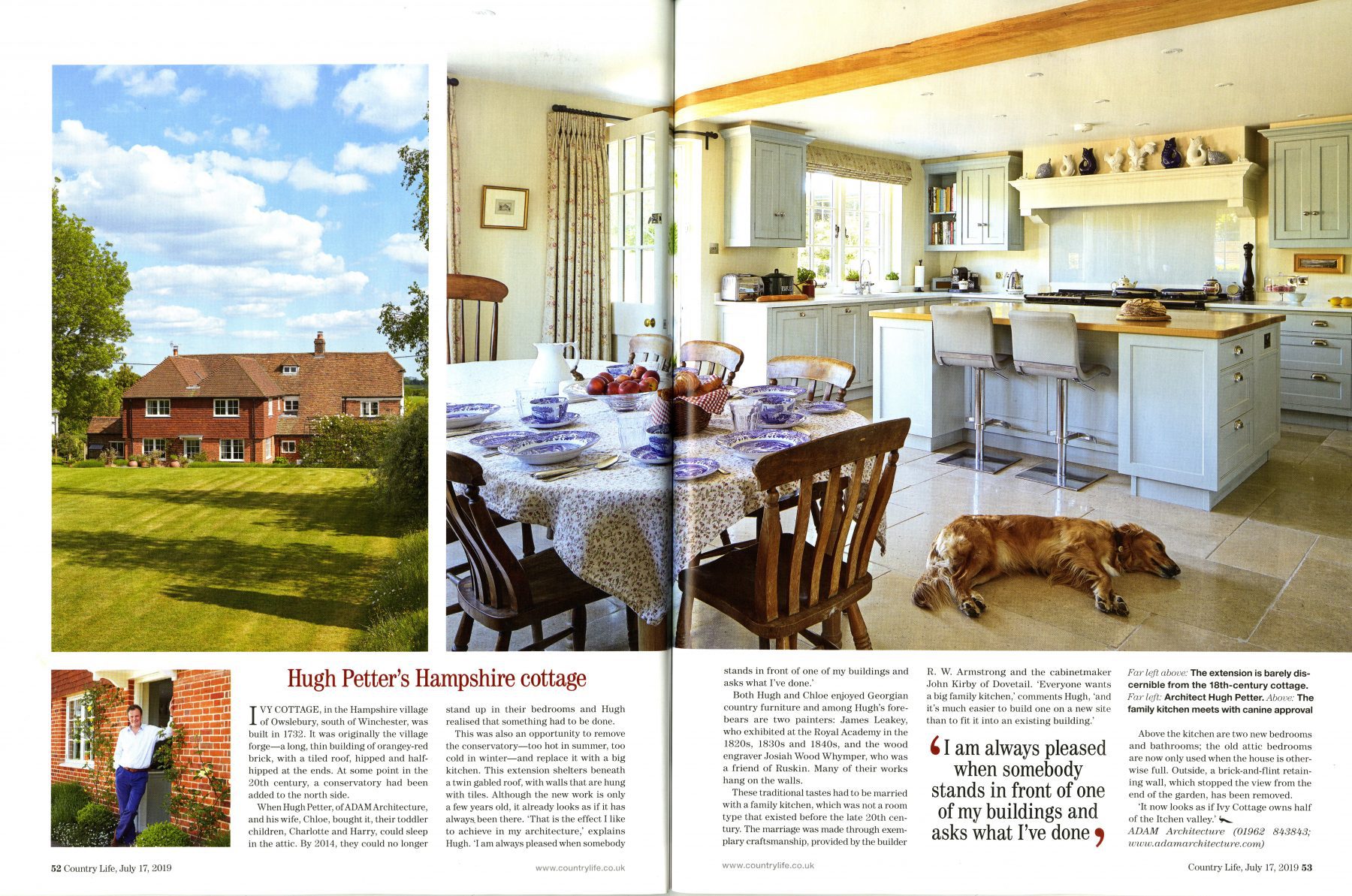 Click here to read a pdf of the article