Being shortlisted for any award is a notable achievement in anyone’s book but Diana Yu, Associate at ADAM Architecture, has gone one better by being nominated in two categories at the forthcoming London Construction Awards 2019 (27th November 2019).

Specialising in traditional and classical design, Diana moved to the UK from the US in 2013 and has since worked on a range of speculative housing schemes, inner-city urban regeneration schemes, and new build projects across the country in both the public and private sectors. The quality of her work has clearly caught the attention of the wider industry, underlined by the fact that she is in the running for both the Employee of the Year and the Diversity & Inclusion awards.

In the office, Diana runs a young professionals group and has recently helped to start a women’s group that raises awareness and offers support/advice on how to tackle the challenges that some women may face in the profession. Outside of the office, meanwhile, she has been a mentor for the FLUID Diversity Mentoring Programme for the past two years.

Diana is a licensed architect in the state of Texas and hopes a reciprocal agreement can be made between the US and the UK in the future. She is also a member of the International Network for Traditional Builders, Architects, & Urbanists (INTBAU), The Urbanistas, AIA, The Traditional Architecture Group, The Young Georgians, The Architecture Club, and was formerly a LEED Green Associate.

Encouraging open conversation and connecting groups of people have always been themes in Diana’s career. She strongly believes this is the only way to address socially conditioned and culturally embedded issues that will increase understanding and help create a working environment that allows all parties to be included and flourish. She is hopeful about the future and is pleased to see the recent movement in the industry to promote women in construction. Due to her work both inside and outside of her office, Diana has attracted the recognition she has received in being put forward for the London Construction Awards.

In her six years with ADAM Architecture, Diana has clearly become a valuable asset for the practice, which was established in Winchester in 1955. It evolved into Robert Adam Architects in 2000 and in 2010 the practice name was changed to ADAM Architecture to recognise the individual design profiles of the five equal shareholding directors.

Today the practice is run by Robert Adam, Nigel Anderson, Hugh Petter, Robbie Kerr and George Saumarez Smith, who each lead their own projects with their own distinct design ethos, while working together as experts in the field of classical and traditional architecture. In all projects, they are supported by the wider ADAM Architecture team of highly skilled and experienced architects, technologists, urban designers, consultants (including in-house historical research), project managers and administrative support colleagues. 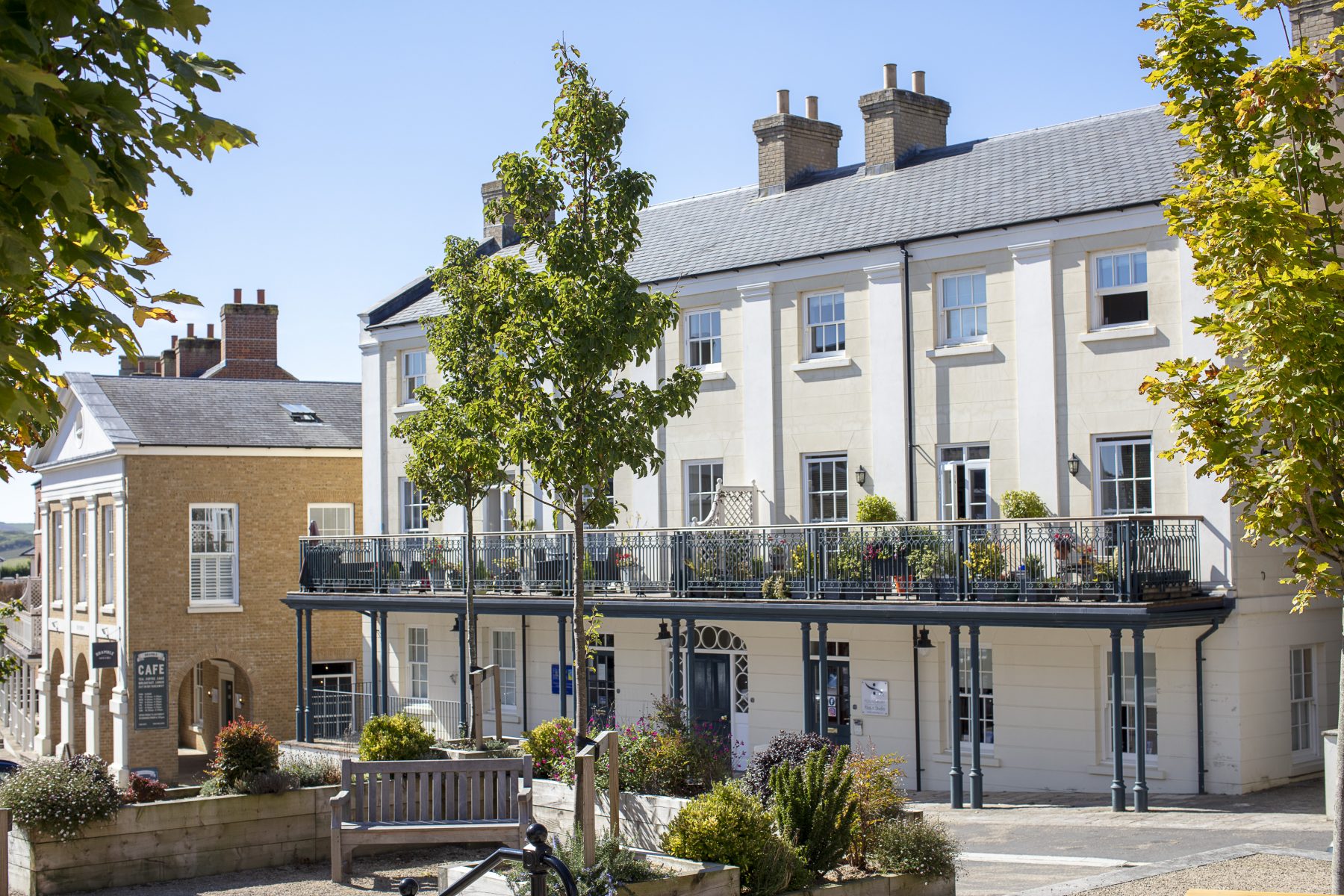 ADAM Architecture’s expertise and clarity of thinking has been recognised by the Government and other leading decision-makers, which regularly consult the practice on policy development and issues affecting planning and design. Beyond this the practice plays an important leadership role within the architecture and planning professions. The directors are active members and founders of many national and international urban design organisations including the Academy of Urbanism, Traditional Architecture Group, the Georgian Group, the Victorian Society, the Lutyens Trust, the International Network for Traditional Building, Architecture and Urbanism (INTBAU), the RIBA, the Prince’s Foundation for Building Community, Design for Homes, the Chartered Institute of Building, and the British School at Rome. The directors also write regularly for professional magazines and journals, and lecture to many different interest groups and universities on a regular basis.

In terms of projects that Diana has been recently been involved in, working with director George Saumarez Smith, these include an inner city project with RBKC (Royal Borough of Kensington and Chelsea) where ADAM Architecture is repurposing a late 19th century building into new residential accommodation for the borough. “It’s been really interesting to work with a public client to not only understand their unique set of requirements as a political body, but also to understand the interests, concerns, and opinions of the local community through public consultation work as well,” explains Diana. “Given the historic nature of the existing building, we are responsible for designing a scheme that will provide a viable number of residential units while preserving and maintaining the architectural integrity of the 19th century building.”

At the opposite end of the spectrum, Diana has also just completed work on a small renovation project where ADAM Architecture transformed a farm store building in Hampshire into a two-bedroom cottage. “I love these types of projects, even though they’re rather small in scale, as it’s nice to see the lifespan of some of these older agricultural buildings extended and to give them new purpose,” adds Diana. “Working with Olive Tree Renovations, we were able to successfully transform a pretty run down equipment store building into a charming two-bedroom apartment complete with laundry room, kitchen, living, en-suite, bath, and garden terrace.

“The Olive Tree team were a fantastic team to work with an impressive eye for detail and care for quality. Upon completion, they even gifted the client an olive tree as a personal touch!

“In addition, I am also currently working on the last and final phase of the Poundbury development with George Saumarez Smith for the Duchy of Cornwall. We are currently in the process of sketching concept street elevations and developing the masterplan with our consultant team with plans to deliver approximately 200 units for this last phase of development.”

As these projects demonstrate, ADAM Architecture has become recognised worldwide for its award-winning projects, which range in scale from private houses and the restoration of historic buildings, to commercial and public buildings, to masterplans including village extensions and major housing schemes. Even in the face of economic and political uncertainty, the company is now looking to keep building on this impressive reputation, both in the UK and overseas, by further improving the quality of the built environment and continuing to deliver successful projects. These are objectives that Diana Yu will be playing a significant role in achieving, not to mention the additional award recognition she is helping bring to the company.