A Review by Ben Pentreath in House & Garden on SKETCHBOOKS: Collected Measured Drawings and Architectural Sketches, a Book by George Saumarez Smith

'Metiendo Vivendum' - 'By Measure we Must Live' - was the motto of one of England's greatest classical architects, Sir Edwin Lutyens. More than a century after Sir Edwin coined the phrase, this beautiful new collection of the architectural sketchbooks of George Saumarez Smith worthily takes on that famous mantle.

Over the course of 25 years, George, himself a renowned classical architect, has kept a series of notebooks in the form - almost - of a visual diary. In these, he records remarkable and ordinary buildings that have caught his discerning eye, or architectural details, pieces of furniture, and elements of daily life that are, in some way, interesting or beautiful - or, most likely, both. 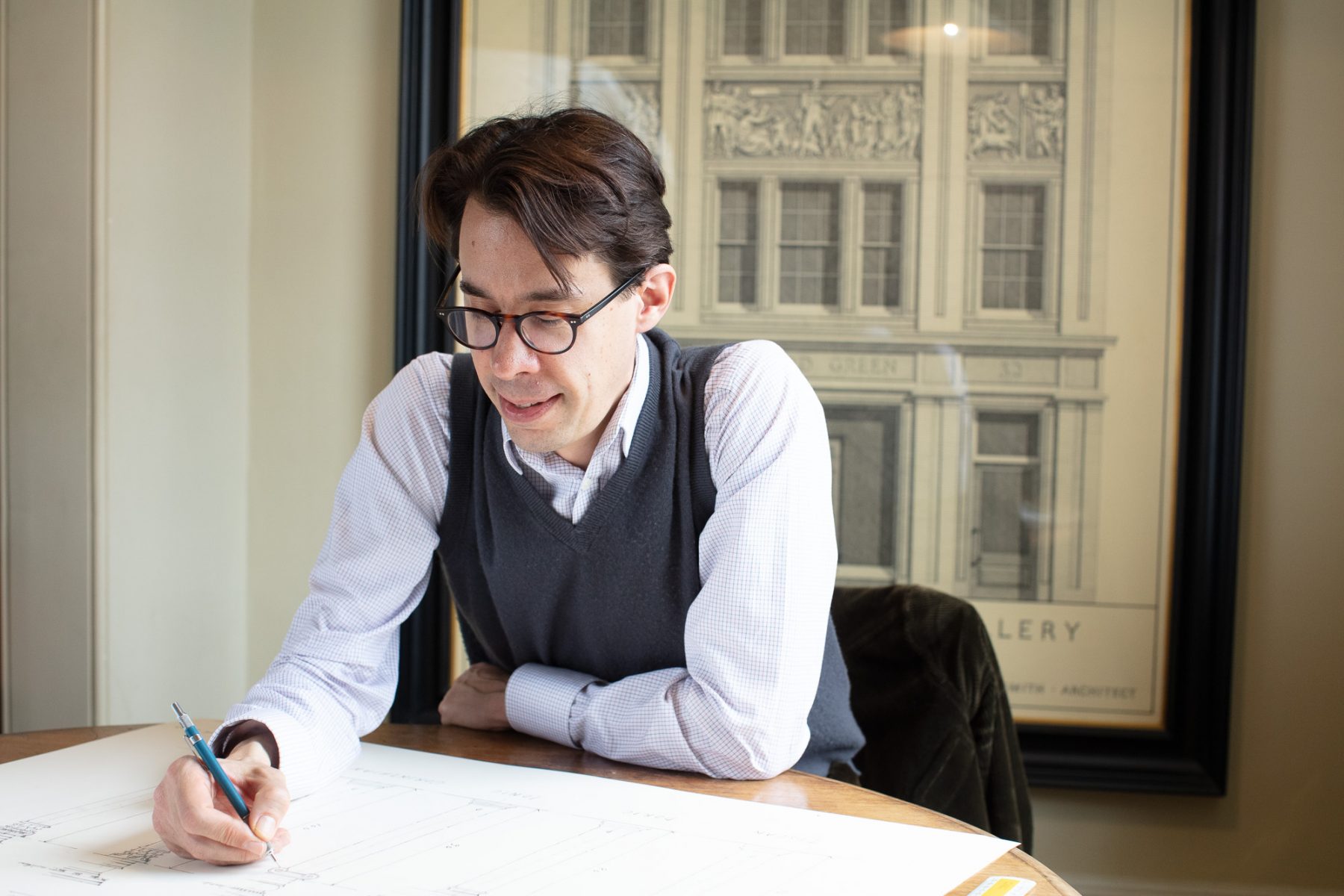 Nothing escapes his attention: tiny 19th century terraced cottages in Winchester; Palladian villas in the Veneto; a grand 17th century palazzo in Sicily; the keys of a clarinet. Unlike many architects' sketchbooks, George's are not concerned just with atmosphere or an impression of a place. With a tape measure, pencil, and steel rule in hand, he has accurately created this detailed catalogue of buildings and places, stepping into the ancient slippers of his predecessors, who themselves learned from the past by drawing and measuring. George was the last of a generation to be taught the art of measured drawing at the University of Edinburgh, but his training with classical architect Quinlan Terry is also revealed in these meticulous sketches.

For many years now, George's friends, myself included, have been telling him that he should publish his drawings - which are a work of art in themselves. This volume, beautifully produced by Triglyph Books, will suit not just students of architecture and armchair travellers, but all who love 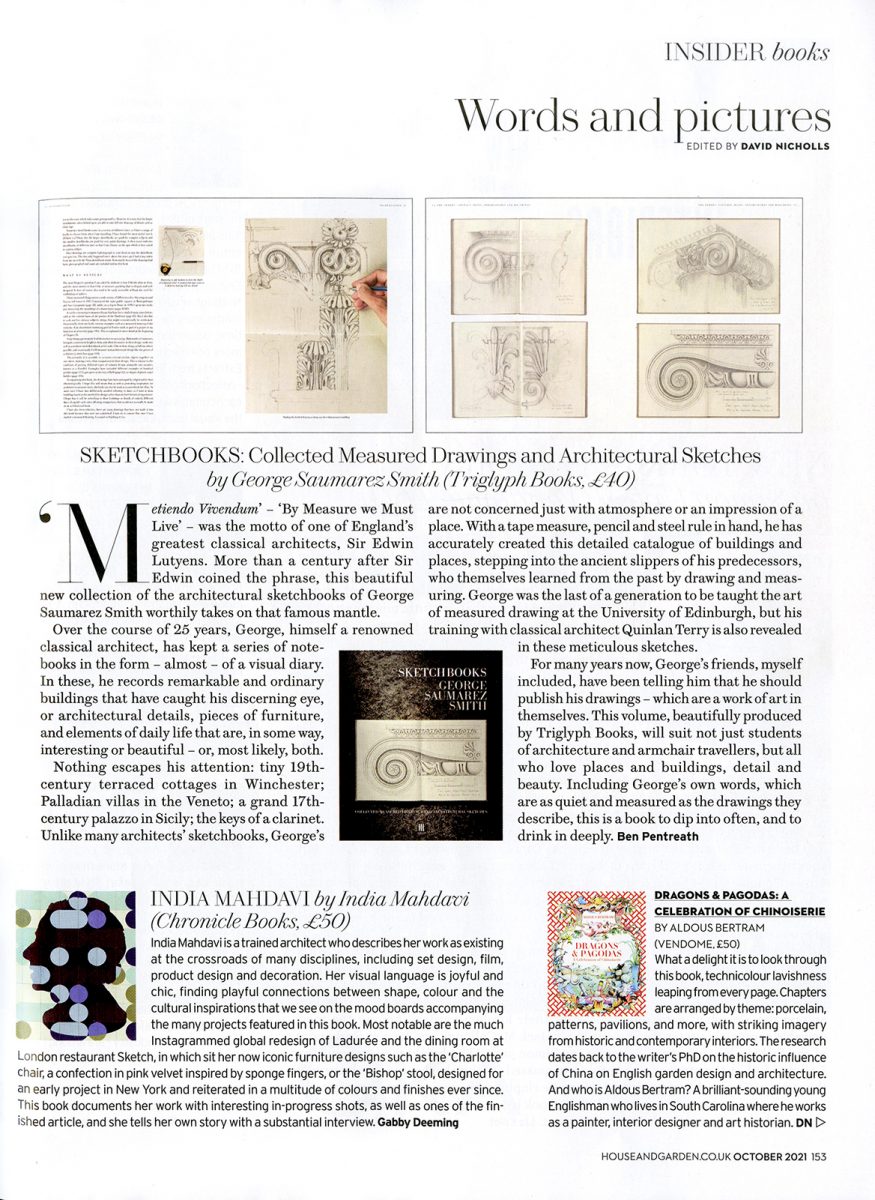 places and buildings, detail and beauty. Including George's own words, which are as quiet and measured as the drawings they describe, this is a book to dip into often, and to drink in deeply. - Ben Pentreath

SKETCHBOOKS: Collected Measured Drawings and Architectural Sketches is available to purchase for £40. Please contact the practice today to arrange a copy or purchase it directly from the publisher, Triglyph

Discover other books published by the Directors at ADAM Architecture

Click here to read the full article by House & Garden