Arabella Youens writes in The Telegraph about the 'new town' in Dorset that has sparked plans for similar sustainable communities, but whether it's the best route forward remains to be seen.  ADAM director Hugh Petter spoke to Arabella and comments on the current planning system. 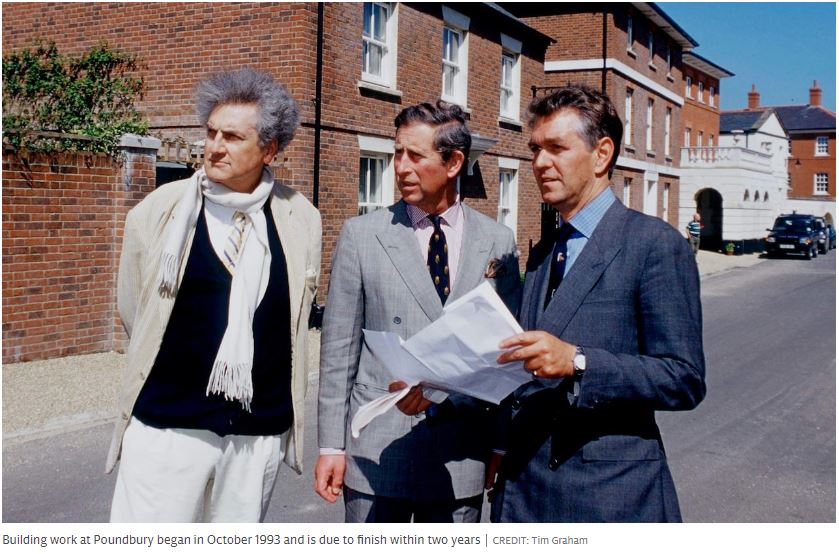 The nation’s new monarch has long been a prominent standard-bearer for sustainable building and classically inspired architecture. As his reign begins, many of the ideas that the King put forward as Prince of Wales are becoming reality, and at least two dozen new communities are planned or under construction that replicate many of the philosophies first expressed in his “new town” – now decades old and near completion – of Poundbury.  These new developments, often on land belonging to ancient families or long-established private estates, feature locally sourced building materials, elegant architecture, generously proportioned buildings and a pedestrian- and community-friendly attitude. For these reasons they are also expensive to build and more expensive for initial purchasers than mass-market developments.

So are these new communities the best and most sustainable way forward for a nation that – everyone agrees – desperately needs more new housing? Or are they, as some have suggested, exercises in architectural kitsch and middle-class ghettoes in the making?

Few argue with the fact that there is a need for new housing in the country, but the output of the big volume housebuilders is often met with widespread derision. The Government set a target of building 300,000 new homes in England every year by the mid 2020s and while this has yet to be reached, there has been a noticeable rise of ill-designed, identikit houses standing on tiny plots mushrooming from the edges of towns and villages and blighting the countryside. Not only that, but few add much in the way of amenities to the communities that live in them; indeed, most are a drain on existing resources such as schools and GP surgeries.

“Red tape and regulation means it’s so expensive to gain planning permission that only large PLC developers can afford to take the risk,” says architect Hugh Petter of ADAM Architecture. “Their aim is a quick return on capital which produces frankly lamentable results, with those affected by the development receiving no tangible benefit.”

Alongside these developments, however, is a new wave of new towns springing across the country, many of them on landed estates, in a movement that could be dubbed “Poundbury 2.0”. It was nearly 30 years ago, in October 1993, that mechanical diggers began to realise the vision that had been brewing in the imagination of the then Prince Charles for several years: to create an experimental planned town. Building work at Poundbury, which stands on a 400-acre site to the west of Dorchester in Dorset, is due to finish within two years, at which stage it will be home to a population of just under 6,000.

Click here to read a pdf of the full article.