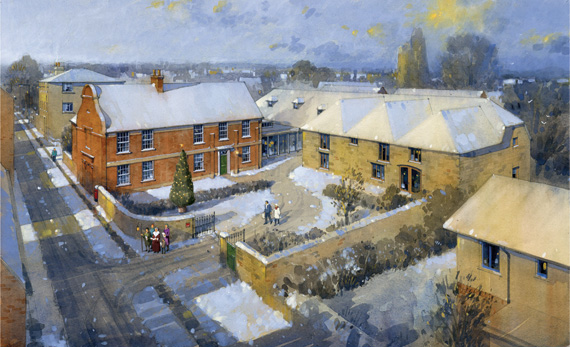 ADAM Architecture are delighted to announce their move in 2012 into a complex of historic listed buildings within Hyde, Winchester. The site contains Hyde House, the only surviving wing of a vast Tudor mansion that was built within the grounds of the dissolved Hyde Abbey. The adjoining timber-framed Malt House was built in the eighteenth century using salvaged stone and carvings from the Medieval Abbey. Over the centuries, the buildings have been adapted to many uses, including a Brewery, a Victorian Furniture Despository and a Post Office Telephone Exchange. They are now entering an exciting new phase as they are carefully restored and extended or the ADAM Architecture Winchester team.