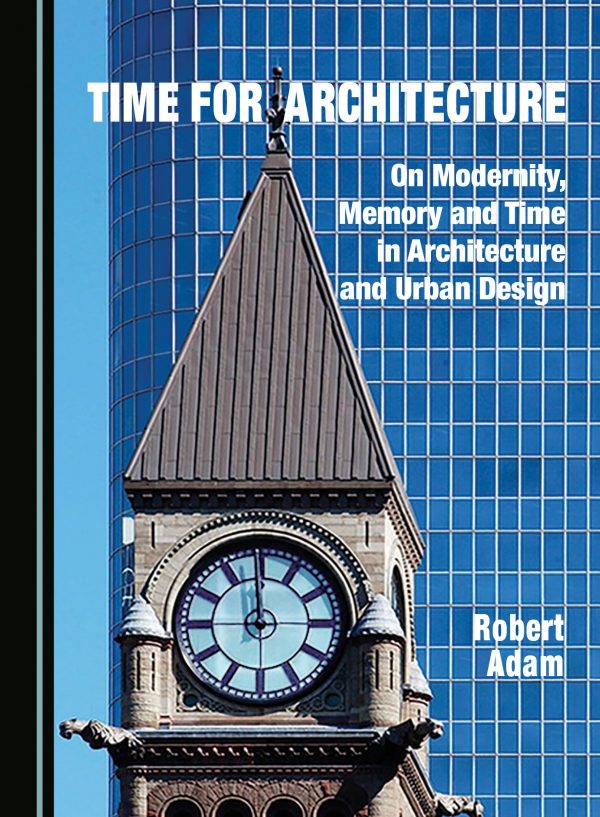 Modernism has become a tradition

The profession would do well to acknowledge this, and that the community they design for might have traditions of its own

Like all large heterogeneous groups, architects split themselves up into different factions. On each side of one of the most familiar divisions, members call themselves ‘modern’ or ‘traditional’.

This split goes back to the pioneers of modernism. Le Corbusier declared, ‘There is no longer any question of custom, nor of tradition.’  By the late 1940s, adherents of the variously-named new movement just called themselves ‘modern’.  Jürgen Habermas, the philosopher of modernity, wrote, ‘Modernity revolts against the normalizing functions of tradition.’ And today the idea persists that tradition is the antithesis of what Habermas called ‘The Modern Project’. The sociologist Mike Featherstone records how ‘the modern becomes a praise-word and the not-modern becomes reduced to the blame-word tradition.’

As modernism became the established position of the vast majority of the architectural profession over a century, the idea that it might in some way be traditional has emerged. Renzo Piano could describe his work as, ‘a mature and totally new balance between … the future and tradition,’ or John Allan’s book on Berthold Lubetkin, could be subtitled ‘Architecture and the Tradition of Progress.’ The dilemma is, however, clear. Tradition had to be qualified with approved words such as ‘future’ or ‘progress’.

Claiming to be traditional while maintaining a position that is definitively anti-traditional is a problem.  To have a tradition of being radical is possible but a tradition that fights the very idea of tradition sits somewhere between an oxymoron and recognition of a battle perpetually lost. The mere fact that there is an ideology that can trace a clear line of ancestry for a hundred years and has physical expression with recognisable features, does suggest that there is something traditional about modernism today. As the concept of tradition lies at the heart of this dilemma, it would be useful to understand it better.

Tradition has been given a bad name in the arts. It is often misrepresented as just history. But history is history and will always remain so and traditions happen today.  They are also described as an attempt to restore the past.  Restoring the past is not only impossible but the desire to do so would be a modern idea, traditions do nonetheless have a strong relationship with the past.  There may be an attempt to copy something directly – to make a facsimile such as Mies van der Rohe’s Barcelona Pavilion – but generally they do not or simply cannot do so.

Traditions can change and evolve. Charles Dickens’ Christmas is not ours but there is a recognisable continuity between them. What matters is that the activities or the representations have an ancestry that has clearly been handed down and that this is understandable to those that take part.

As traditions are defined as something handed down from generation to generation, the question must be: how many generations does it take to make a transmitted practice into a tradition? The accepted sequence is three generations though this is not necessarily birth-to-procreation generations but can be of a community or practice. So in a school it might be three five-year academic generations but defining generations in architecture is a bit more difficult. Possibly the time of education to the start of practice – say eight to 10 years – or the time from education to teaching – say 10 to 15 years.

There is a history of attempts to shortcut this time span. Traditions have frequently been invented, that is given a false ancestry. Eric Hobsbawn’s Invention of Tradition records some of these with a degree of cynicism but fails to acknowledge that their persistence and power remain, even when the invention is known. It is only necessary for those that adhere to the invented traditions to accept that there could be a convincing ancestry.  This made-up ancestry has to be very explicit and so inventing a tradition with novelty is unlikely to succeed until it has been practised for three generations.

It will follow that traditions must in some way always be recognisable and particular. They cannot be hidden, as Richard MacCormac once described his work to me. Often as not, they are ceremonial or symbolic but they are always more than simply pragmatic and functional. In architecture they tend to be decorative or formal. That does not necessarily mean cornices and arches, it can simply be some feature that is particular and has a pedigree that is recognised by those who identify with that particular history.

If we take some of the great icons of early modernism we can easily find their ancestry today. Most obvious are the successors of the line of inheritance that comes from Mies van der Rohe’s Farnsworth House. Long, rectangular, flat-roofed and glass-walled houses abound, are found from continent to continent and are regularly given awards. Quest House by Ström Architects in Dorset, the Bluff House by Rob Kennon in Victoria, Australia, and the LM Guest House by Desai Chia in New York State leave no doubt as to the international architectural tradition they represent.

Cities around the world are populated with the tall flat glass-walled office blocks also pioneered by Mies van der Rohe. The expressed gridded frame of Chadwick Hall by Henley Halebrown and Allies and Morrison’s 2 Pancras Square owe their origins to Corbusier’s Unité d’Habitation.

This is not limited to building types. Horizontal strip windows and glass walls, for example, are signals that the designer follows a stylistic tradition.  Indeed, the dogged insistence on the use of glass walls, in spite of their poor thermal performance, is indication enough that these types and features are not chosen just for their practicality, however much their designers may claim it, but are decorative references to a particular history.

The consistency of these and other, sometimes less obvious, types and features among the architectural community indicate something more than just individual inspiration or influence. These are recognised by members of the community collectively and follow the final definitive characteristic of traditions: traditions are one of the means by which a community identifies itself. Families have their own traditions, as do clubs, villages and towns, as well as nations, religions and professions. The architectural profession has one dominant ideological tradition, that of modernism or the desire to be conspicuously up to date.

It matters little that the original principles of modernism were anti-traditional; in reality that is very hard to achieve. It is more likely that it will be the rejection of one set of traditions in favour of another.

Robert Adam’s latest book, Time for Architecture: On Modernity, Memory and Time in Architecture and Urban Design, is published in March.
https://www.cambridgescholars.com/time-for-architecture

Read a pdf of the article

Link to the article on the RIBA Journal website