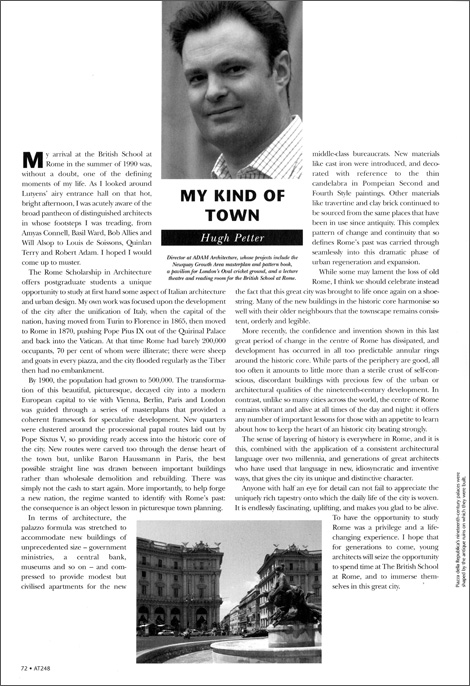 My arrival at the British School at Rome in the summer of 1990 was, without a doubt, one of the defining moments of my life. As I looked around Lutyens’ airy entrance hall on that hot, bright afternoon, I was acutely aware of the broad pantheon of distinguished architects in whose footsteps I was treading, from Amyas Connell, Basil Ward, Bob Allies and Will Alsop, to Louis de Soissons, Quinlan Terry and Robert Adam. I hoped I would come up to muster.