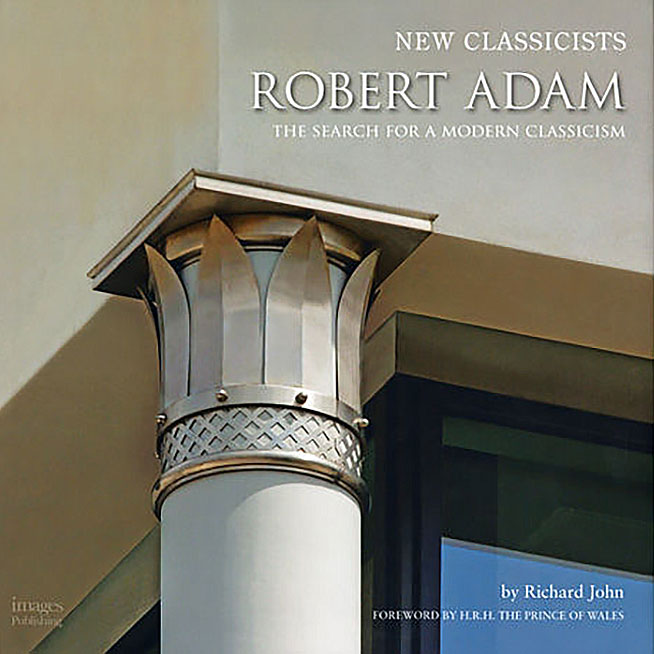 Robert Adam: The Search for a Modern Classicism

“Robert Adam is a significant figure in the three-thousand-year-long continuum of classical architecture. He is a torch-bearer in one of the bleakest moments for classicists, and his body of work makes a powerful and creative contribution to the great tradition that Sir Edwin Lutyens termed the ‘high game’. Adam has made it clear that classicism is not a dead, dusty, elitist or mere historic style but a living thing capable of adaptation, responsive to technological innovations, and able to realise the demanding aspirations of the complex modern age. His architecture is no mere pastiche of the past but possesses a distinct and individual character that makes it entirely contemporary.”
Dan Cruickshank.